Have a Happy Marriage by Saving Your Credit 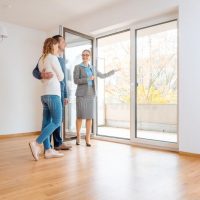 ShareTweetSo, you’re looking for an apartment. Maybe its. Y youraelf or with a roommate or to live with a signifigant other. to rent or share with a roommate. Whether you’re a first-timer or an experienced apartment-hunter, it’s worth taking the time to decide what’s most important to you in where you live and to plan […]

The fact remains that no matter how bad or good your credit line, it is not a guarantee that you are going to get approved for a loan or get low interest rates.